This post comes from my amazing sister, Emily. She is the queen of parties. She’s the brains behind this Construction Party, and she headed up our Easter Countdown.

So I was thrilled when Emily agreed to share her daughter, Lila’s eighth birthday party with us.

Lila has always had a great imagination and this birthday party was PERFECT for her!! Everything was backwards. I made up a silly little poem to put on the invitation so all the girls came dressed crazy. It was hilarious and they had a GREAT time. (Click on the image to see it bigger) 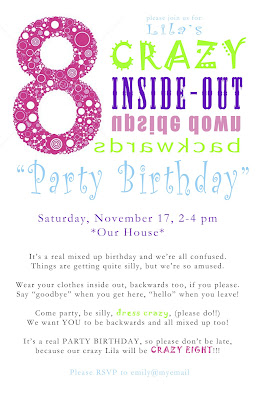 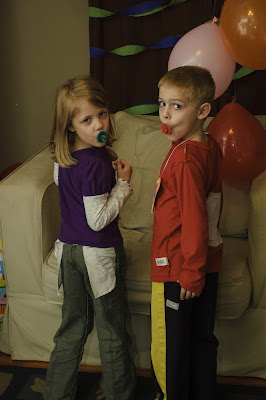 Even Johnny and I got in on the backwards dressing. 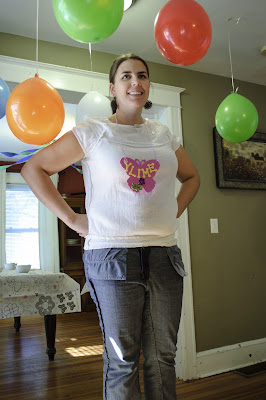 (Note that Johnny is asleep DURING the party here…) 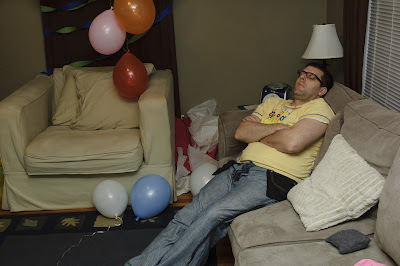 When the girls got there we welcomed them by saying “goodbye” and when they left we said “hello”. We gave them their “you’re welcome” gifts when they got their and said “Birthday Happy!” to THEM!! The gifts were a 3 pack of cards with “CRAZY EIGHTS” on the top, wrapped up because WE were giving the present to THEM. We attached a candy necklace that looked like an 8 when we tied it on and the tag was written from the bottom up. 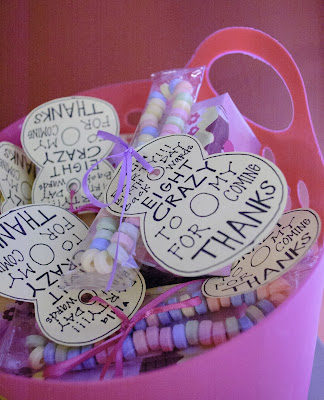 We had them decorate name tags with their names backwards and we were supposed to call each other our backwards names the whole time. I was horrible at it and several of the girls were really good at it and called me out on my mistakes every time I messed up. They got a kick out of that! 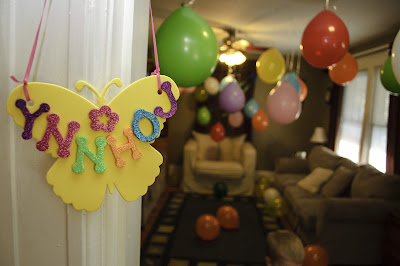 They colored on the tablecloths (instead of on paper) and they decorated their name tags while we waited for everyone to get there. 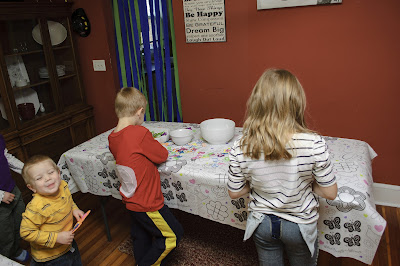 We also took a picture of each of the guests with Lila “upside down” of course. We used these as our “You’re Welcome” cards and sent them to the girls. 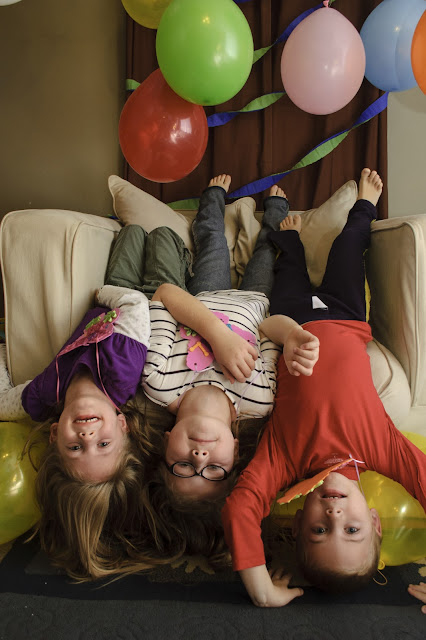 Then we did the party in backwards order. We opened gifts FIRST followed by cake and ice cream. The cupcakes were in ice cream cones and the ice cream was in cupcake liners with the candle in the ice cream. 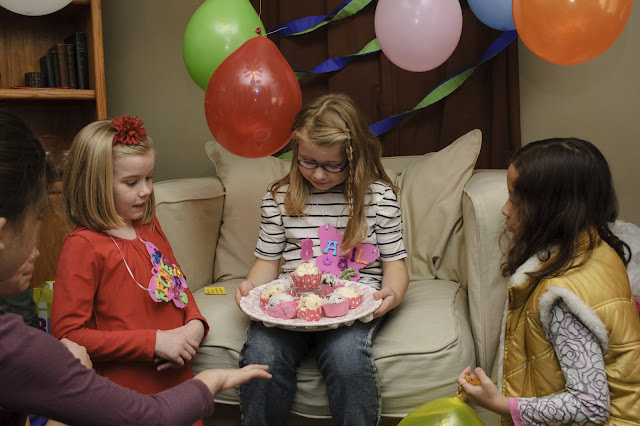 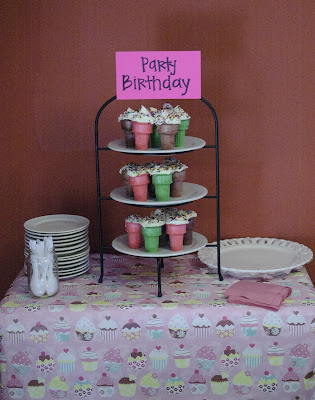 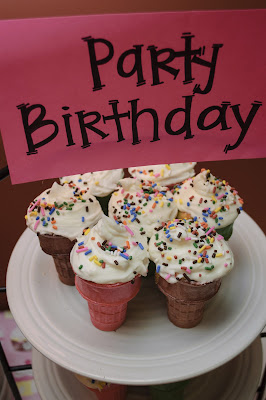 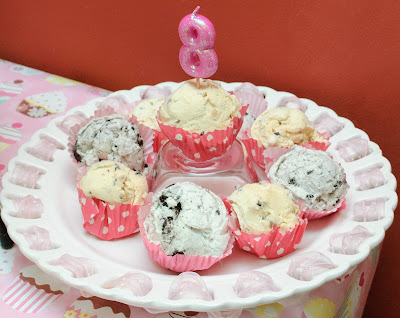 Instead of sitting AT the table to eat they sat UNDER the table. 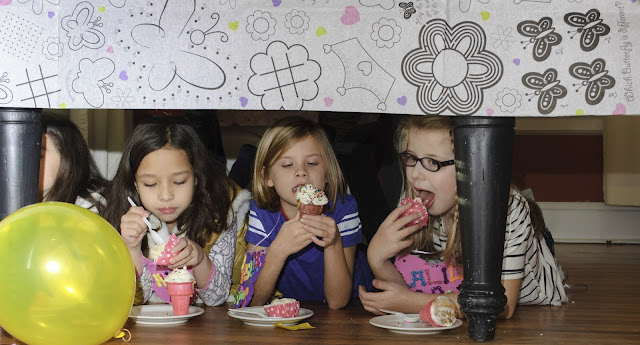 notice all their crazy clothes!! 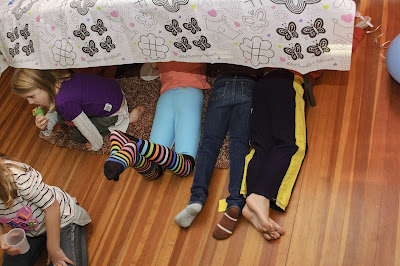 Then we sang “You to Birthday Happy…” (all the words were printed out so they could sing it backwards and they enjoyed it so much they begged to sing it twice!)

As our “Party Birthday” games we played “Pin the Donkey on the Tail”, 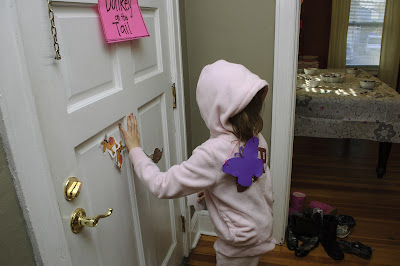 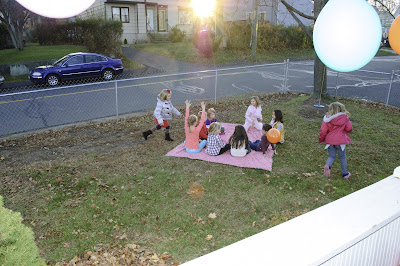 and “Backwards Charades” (One person had their word stuck to their back and everyone else acted it out while THEY had to guess.) It was so funny!

We had a little dance party and listened to the Backwards Birthday Party song (until it made me want to swear!!) and then we dance to the Freeze dance song except they danced when it said “Freeze” and froze when the song was playing!

I also read them a story called “Otto grows down” about a little boy who makes a wish on his birthday and then instead of growing older he gets younger. It’s pretty funny. 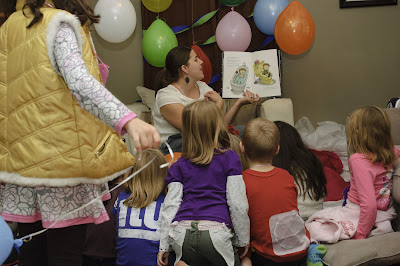 It was a great party. SO much fun for all the girls and pretty easy for me.

The best part is that our CRAZY Lila had a CRAZY good time!! 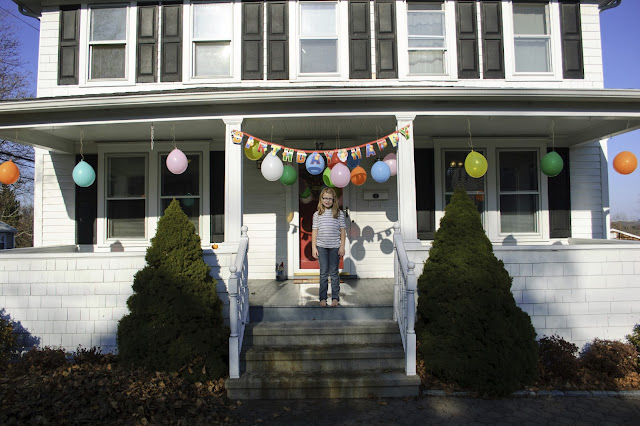 Emily, love this party theme...did you do the invitations? Would you send me directions on how to do them (the backwards, upside down have me stumped) or I would pay you to do them like they have on Etsy. Thanks

i'm planning a crazy eight party for my daughter next week! Thanks for all the great ideas. I love the "8" tags on the necklaces that you sent home with guests. Did you make those or get them off etsy? I would love those!!!

I LOVE this party idea! Very creative and simply fun! 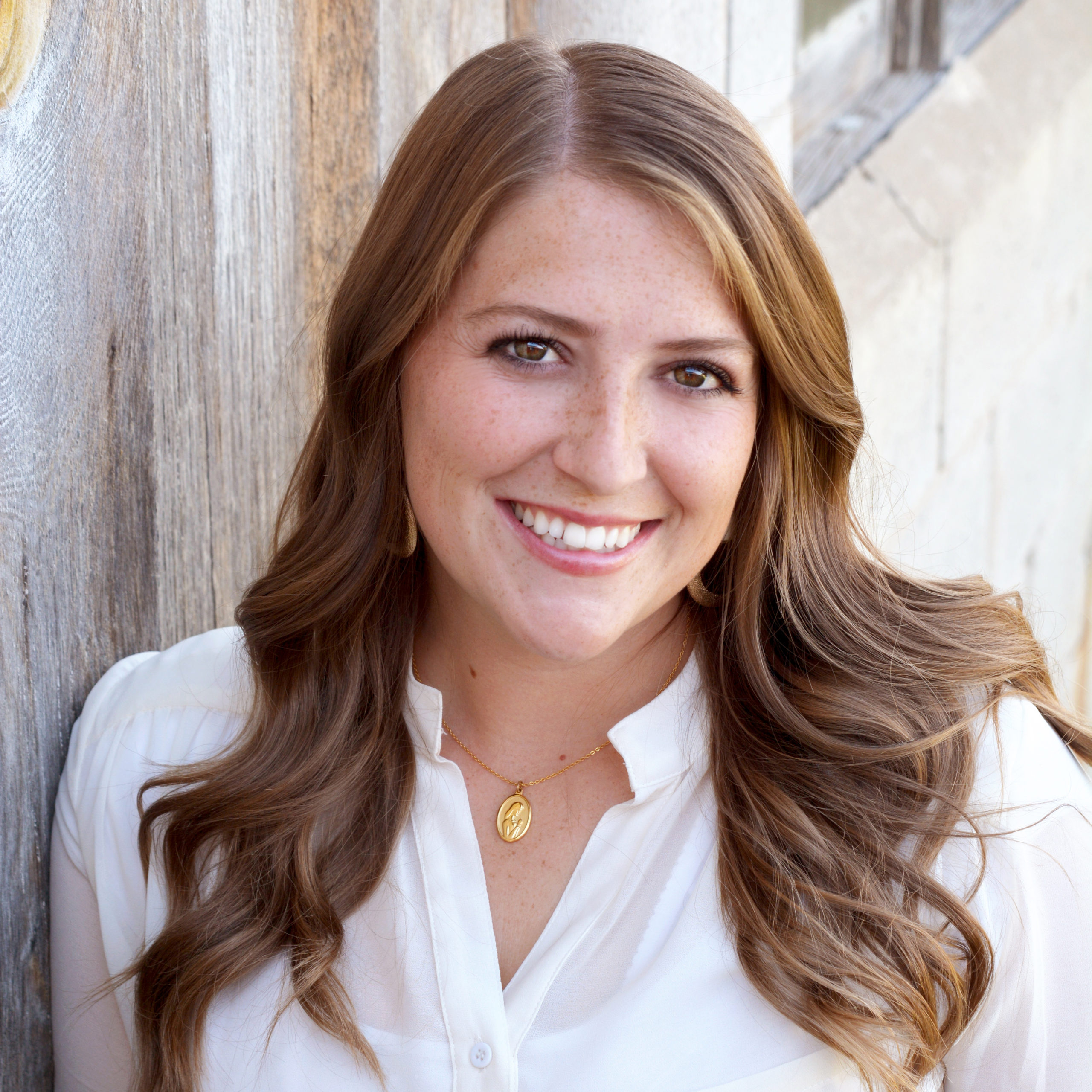 All building plan purchases will be sent as a printable download, via email. Dismiss